The Rules of the World - In Bullet Points!

Memory of the Wardens :: World Information :: World Lore and Guides 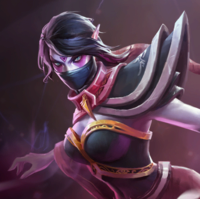 The Rules of the World - In Bullet Points!

After some confusion about how exactly certain things function, I've decided to make more detailed descriptions of the rules specific to this world we are playing in, in the hopes that it will make things more clear and easy to follow.

General Information
*) All mages are born with the potential to hold magical energies, though not every human is and no human has access to it without it being unlocked by an existing mage.
*) One would be excused for thinking this potential was endless, as it is almost impossible to reach its limits purely through conscious use of magic, but it is in fact finite and depleting it does in fact render the mage in question powerless.
*) Rather than the total of their power, the limits of a mage's power lies mainly in two other factors:
>> To shape their magic power, the mage has to hold a clear picture of what they are trying to achieve in their mind at all times. Losing this mental image breaks the spell, which is the reason for the use of hand motions in order to keep the mind focussed.
>> Using magic power causes it to run through the mage's body, which may barely be noticeable at small amounts but can turn painful or even dangerous, making it more and more difficult to maintain spells. While the energy itself poses no threat to the mage's physical wellbeing, greater amounts will give off heat, raising the mage's body temperature and potentially causing problems similar to fever.
*) Additionally to the scale of the spell itself, the biggest increase to the power needed for any given task is the distance at which magic is being used, as extending the reach of a spell causes it to require exponentially more energy.
*) Mages passively regenerate magical power at all times through almost every possible source of energy they may be exposed to, most notably sunlight, though also heat as well as their own metabolism.
*) Any power generated while a mage is at the limit of what they can hold is redirected to slowly heal any injuries and, if there are none to be healed, given off as warmth.
*) Every living being possesses a natural barrier protecting its body from magic other than their own being used inside of it.


Force Magic
*) In essence, force magic describes the art of projecting ones own physical strength over a distance, as such they are inherently limited by the maximum output of their own muscles.
*) It can seem like a force mage may use more force than their muscles are able to put out, but this is simply due to their ability to use the strength of all muscles in their body towards the same task.
*) This school of magic is particularly taxing to use over longer periods of time, as it forces the mage to strain their muscles the entire duration it is being used.

Spiritual Magic
*) The most basic form of spiritual magic is what one may describe as a sixth sense, allowing the user to read the flow of magical and lifeforce energy around them. With experience a mage may be able to distinguish and locate nearby familiar auras, eventually even roughly read the wellbeing of a person they share a particularly close bond with. Past this it is even said that especially powerful ya'ari spiritual mages were able to read a person's movements purely out of the flow of their aura.
*) The spiritual senses mages of this school possess are not entirely comparable to senses like hearing, as it does have to be used actively, requiring more attention the more details one seeks to be able to sense.
*) While purely reading their surroundings takes not much more energy than carefully watching one's surroundings, spiritual mages are able to expend their power in order to imprint their own spirit on others, typically to send messages or pictures.
*) An advanced mage may be able to hide their own presence when imprinting on someone else's spirit, allowing them to play tricks on them, the most simple of which is forcing the emotions they themselves are feeling on someone. As such, more advanced spiritual mages often spend a lot of effort on learning to control their own emotions, both forcing themselves into a state of calm or positivity when they need to, and leaning heavily into existing anger, fear, or sadness if it is useful to the situation.
*) The most difficult practice a spiritual mage may be capable of is creating illusions by tricking someone's mind into accepting an image as reality. This requires nigh perfect focus as the picture the mage is sending needs to be as lifelike as possible to be convincing and any lapse in concentration will taint it.
*) Both illusions, and imprinting emotions onto someone can be weakened significantly through the target being aware of what is happening to them, though fully breaking out of it can be difficult if the mage is prepared to put a large amount of power behind their spell.

Healing Magic
*) While it is often mistaken for a subclass of spiritual magic, healing magic requires an innate ability only very few mages possess. This ability simply allows them to overcome the natural barrier that protects the body from unfamiliar magic for a very limited use.
*) Technically speaking healing mages do not heal, they simply add their own power to the existing healing process the body is already engaged in, in which even directing which healing process in particular is supported by this energy is something only advanced mages are capable of.
*) To use this ability effectively, the mage has to also be versed in non magic healing practices, as their abilities will simply repair injuries, they are not capable of expelling poison or removing foreign objects from wounds.
*) Even the most experienced and powerful healing mage will only use magic to heal more serious injuries as a last resort, since the process of accelerating a healing process that would usually take weeks or even months can not only be extremely painful, particularly if executed carelessly, and they put the strain a mage would normally only experiences themselves when using their magic, on their target. These two combined stresses can easily prove deadly for someone already in critical condition.

Mattersmithing
*) Natural mattersmiths are, not counting healing mages, the rarest among mages, as their ability to conjure physical objects from pure magic energy is an entirely unique approach, though despite this also making the school especially difficult to grasp for those not drawn to it, it is the most popular one for mages to attempt to learn, as even a basic understanding of it lends itself to nigh infinite uses.
*) The objects created are under the full control of the mage, able to be moved with no need to touch them as well as reshaped at will.
*) Simply creating and holding a shape requires barely any power, much in the same way as reading surrounding energies for a spiritual mage, though it does require the mage to picture the object they are creating in their mind for as long as they wish to retain it.
*) As opposed to other schools of magic, mattersmithing begins to drain power from its user as they use it, rather than the mage putting in a certain amount to reach a goal. This is due to the energy required to uphold an object being entirely dependant on any force it needs to withstand, with said force, true to the rule of distance all magic follows, growing exponentially with how far the mage holds the object from their body. Due to this, mattersmiths will, when possible, keep their creations close to their body without ever touching them themselves.
*) All objects created through mattersmithing appear very similar to each other. They always take on the texture of glass or crystal with their colour being unique to the mage creating them. How exactly this colour comes to be is unclear, though many theorize that it at least partially depends on the mage's personality.